Over 350 ERA British Standard nightlatches, British Standard mortice locks and 3* cylinders have been installed throughout properties in Haringey, as part of the anti-burglary Safer Streets Project.

Led by Haringey Council and the Metropolitan Police Service Designing Out Crime Team, the scheme has provided over 80 households throughout Noel Park with free security upgrades to provide enhanced protection against acquisitive crimes within the neighbourhood.

The certified suite of British Standard hardware has been installed alongside a range of additional security products free of charge by local security specialists GK Locksmiths and RS Locksmiths to improve each property’s level of defence against forced entry.

As the front door of a property is typically involved in over 50% of burglaries, ERA’s British Standard nightlatches, British Standard mortice locks and 3* cylinders were chosen to provide the highest possible standards of security.

Sergeant David Lucy from the Metropolitan Police Services’ Designing Out Crime Team said: “This project aims to reduce crime risk throughout the area by mitigating against potential opportunities for burglary, which typically occur through the front door or window of a household.

“By working in partnership with Haringey Council, GK Locksmiths and RS Locksmiths, we have been able to successfully upgrade the level of security throughout homes within the area, to help keep residents safe.”

Conforming to British Standard 3621:2007, ERA’s iconic High Security Nightlatch has sold over 500,000 units over the last 15 years. The 40mm or 60mm backset offers easy installation for locksmiths as they are suitable for replacing most existing timber door locks. 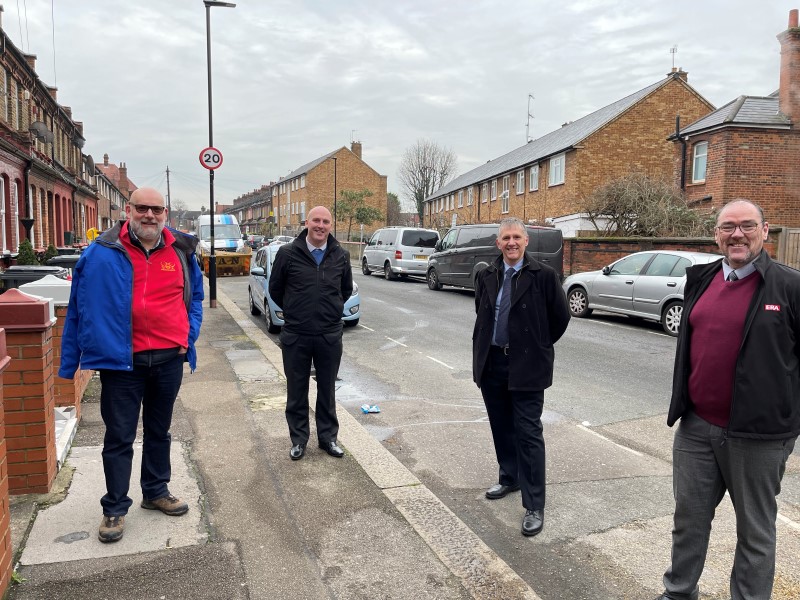 Rob Stoddart, Director of RS Locksmiths, said: “ERA’s British Standard Nightlatch is well known throughout the industry for providing quality security and functionality, so it was an obvious choice for this scheme. It has been fantastic to take part in the Safer Streets Project and support the local community by providing individuals with greater security protection and more peace of mind.”

Julian Korosec, Director at G K Locksmiths, said: “This is the first time we have been involved in a project of this nature and it has been a real privilege for us to be able to work closely with the Metropolitan Police to help make Haringey communities safer.

“We chose ERA’s portfolio of British Standard door hardware as we have built a strong relationship with the company over recent years, so we knew the product quality and service they would provide for this project would be second to none.”

Delivering maximum protection and peace of mind, ERA’s British Standard Fortress 3* Cylinder features six hardened high security pins that provide resistance against the most common forms of forced entry. As a result, the cylinder is anti-snap, anti-pick, anti-drill and anti-bump resistant, and in the event of an attack, a security pin automatically triggers, blocking the cylinder cam to prevent unlawful entry.

Garry Pare, ERA’s Business Development Manager for the South, said: “The Safer Streets Project is a fantastic initiative that will help Haringey’s residents feel safe and secure, with the knowledge that their property is better protected from potential forced entry.

“As entrance doors are one of the main potential points of entry that are targeted by burglars, we are committed to providing locksmiths and their customers with a complete portfolio of British Standard door hardware that delivers first class security and performance. We are extremely proud that our products have been chosen for this initiative.”

The project was also supported by the Master Locksmiths Association (MLA), of which GK Locksmiths and RS Locksmiths are both Approved Company members. Speaking of the project, Steffan George, Managing Director of the MLA, said: “As the UK’s largest trade association for locksmiths, we are committed to promoting the highest standards of conduct, practice and materials throughout the industry.

“It is important that everyone feels secure in their homes, so schemes such as the Safer Streets Project are vital to ensure the highest quality hardware is fitted correctly by MLA approved locksmiths, to provide individuals with first class service and protection.”